Akiko is a chain of modern Asian fusion restaurants in Geneva. There are currently three locations, and I have visited the one closest to the main train station several times. The restaurant has an East Asian-inspired feel, modern interior and upbeat 90-ties musics. There are plenty of places to plug a phone charger, which is always nice. Apart from eating in, they also do take-out.

The food is East Asian fusion, so think Pad Thai, spring rolls and fried rice. For drinks there is the standard soft drinks, but also some special drinks, like lychee juice. They also have bubble tea! There are quite some vegan options, even for the bubble tea!  It is not completely clear from the menu what is vegan but the staff is pretty helpful.  You order at the counter, pay and you get a little buzzer that tells you when the food is ready. 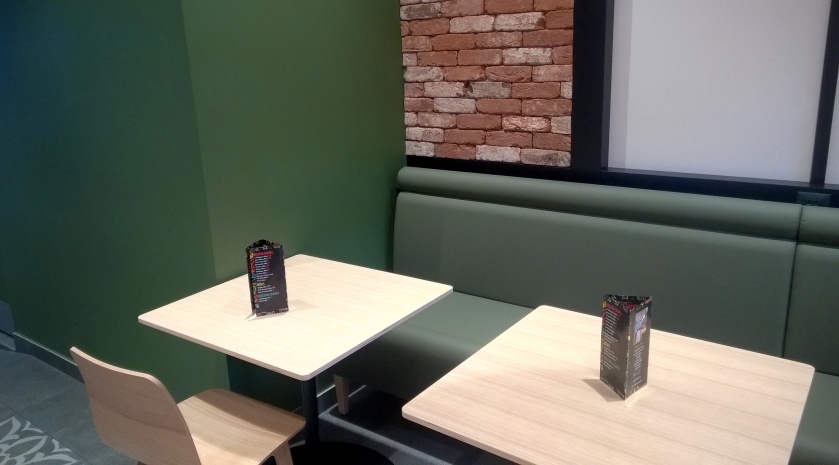 For the mains there are some pre-configured dishes, but you can also create your own. We tried this, for vegans there are two options: tofu or vegetables, and then you choose either a plate (like noodles or Pad Thai) or rice and a sauce. We tried the Pad Thai version with tofu, which we were told was vegan. However, while we were waiting for our food (with the little timer) someone came to us to say it is usually served with egg! But it was easy to leave it out.  There are also vegan desserts: Japanese Mochi (tiny balls of rice with bean paste, sounds strange and non-dessert-y for those used to Western cuisine, but it tastes great!)

We tried the spring rolls, served with a good dipping sauce. The rolls are nice and crispy, fried on the spot.  The Pad Thai is served with mung bean sprouts, noodles, spring onion and peanuts. Tasty and sticky, as it should be! The portion is pretty big by the way. For drinks we had a matcha and taro bubble tea with soy milk.

Akiko is a nice place for a quick and filling meal. The staff is nice and accommodating, and food is good.